Seasons may be known by their scents, but for many of us, the smell that was autumn is gone. Thirty years ago, pollution-fighting laws banned the burning of leaves, which had been almost as much a fall family tradition as Thanksgiving. 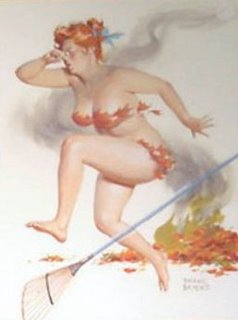 However, the ban taught many of us that the leaf smoke's heady aroma was really a waste. Piled out back, turned occasionally, and maybe even mixed with coffee grounds and vegetable scraps, leaves become wonderfully rich food for our gardens and lawns. Composting became more common.

But the law did not ban the burning of brush, the twigs and branches that the wind and we prune from the trees. Perhaps it should have.

Brush piles have a different natural benefit. They attract birds, creating a safe haven from hawks, cats and other predators. Some birds nest in them. And as it slowly rots the brush attracts wood-eating insects that many birds relish. That pile of branches can feed and shelter scores of birds while slowly returning the vegetation to the earth.

Thus, what we used to burn can instead enrich the soil as well as feed and protect wildlife. It happens naturally, the way that was “traditional” for the eons before man.
at November 22, 2005