Timothy M. Cheesman, M.D.:
The Doctor’s Stone Legacy
Timothy Cheesman didn’t get to spend much time in Ridgefield but he nonetheless left behind an edifice that has been a part of helping humankind in various ways for nearly a century.
Which is fitting, since Dr. Cheesman had spent his life trying to heal others. 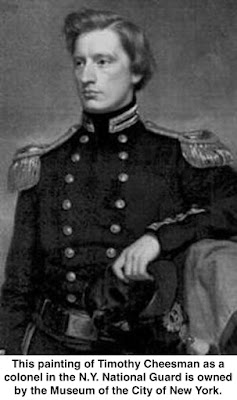 Although descended from old Quaker stock in Philadelphia, Timothy Matlack Cheesman was
born in New York City in 1824, a son of a local physician, John Cummins Cheesman. Following in the footsteps of his father, he graduated in 1859 from the College of Physicians and Surgeons, now known as Columbia University Vagelos College of Physicians and Surgeons.
Even before completing his medical training, Dr. Cheesman was serving as a surgeon in the 7th Regiment of the New York National Guard, starting in 1853. In 1861, he was mustered into national service in the Civil War as a surgeon with rank of colonel on the Staff First Division of the New York National Guard. He remained in the guard after the war, retiring in 1874.
He maintained a practice in New York for many years and was the father of Dr. Timothy Matlack Cheesman Jr., also a Columbia graduate who became a pioneer in the teaching of bacteriology.
In the late 1880s, like many other wealthy city folk, Dr. Cheesman Sr. and his wife, Maria Louisa, decided to build a country home in Ridgefield. They chose nearly 30 acres on the east side of East Ridge, an area that was being touted as “Prospect Ridge” for its view.
Cheesman was probably ill and may have been seeking the clean air of the country climate to help his health or at least as a place to rest. He had Bright’s disease, which would lead to kidney failure and prove fatal for him (and for his son in 1919).

In 1886, he made out a will, distributing his property to his wife and children. But on March 1, 1887, he added a codicil to the will, noting he had recently “purchased certain property at Ridgefield, Connecticut, upon which I am about to erect a dwelling house.” He added,  “I give and devise unto my wife Maria Louisa Cheesman in addition to the bequests and devises to her in said will contained, the use of said land and any dwelling house which may be thereon erected at the time of my death, with the furniture, plate and pictures which may then be contained therein…” (“Furniture, plate and pictures” was an old legal term for “contents.”)
This showed Cheesman was concerned about his family’s future; at the same time he was dating the construction of the house at 1887.
He named the place “Matlack,”  an ancestral name in the family of his mother, Mary Matlack Hicks Cheesman. The exterior of the house was almost all stone, perhaps reflecting the fact that it was built on a rock outcropping that projects well into the cellar of the house and is quite visible there.
Dr. Cheesman died July 8, 1888, at Matlack. He was only 63 years old. (His son was 66 at his death in 1919.)
Maria Louisa Cheesman continued to use Matlack until her death in 1903.
In 1922, the estate was acquired by the Holy Ghost Fathers (officially now called the Congregation of the Holy Spirit), who set up a school for novices — new members of the order — who would get their initial training to be priests or brothers there.  Holy Ghost missionaries were  sent to countries around the world. Many of them spent their lives helping the poor in poverty-stricken nations.
The order enlarged the house, especially for dormitory rooms, and built the addition with stone to match the original dwelling.
Declining numbers of candidates for the order caused the Holy Ghost Fathers to shut down 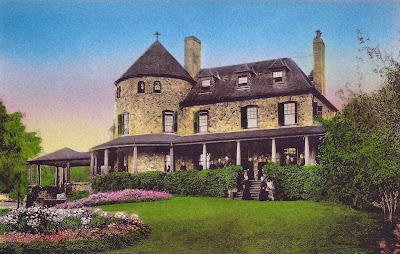 Matlack and its dormitory addition were soon used as headquarters for the  public school administration offices, overseeing a growing school system that reached as many as 6,000 students in the early 1970s.
Outbuildings on the property became Ridgefield Guild of Artists gallery, Ridgefield Theater Barn performance center, and Marine Corps League quarters. Some of the estate land is the Bark Park and Fitzgerald Little League Field.  The town also donated some of the land for 25 units of 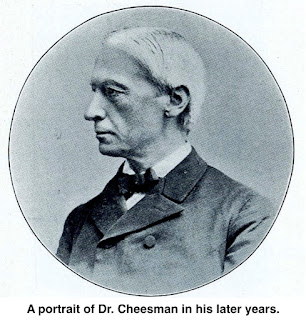 In 1987, soon-to-retire First Selectman Elizabeth Leonard announced plans to turn the main building into congregate housing for the elderly. The facility at 51 Prospect Ridge opened in 1991 as “Prospect Ridge congregate housing,” and includes 34 one-bedroom apartments with 24 hour supervision, housekeeping services, and a common dining room with one meal a day.
The town also built 20 two- and three-bedroom affordable apartments at Prospect Ridge soon afterward.
Dr. Cheesman would probably be pleased to know that the refuge he built during his final illness had turned into a place that has provided help for the poor, education for the community, housing for the elderly, and even a spot for dogs to play.