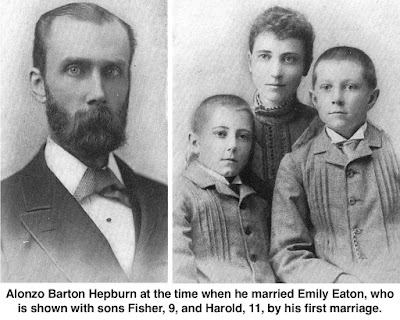 Alonzo Barton Hepburn:
Farm-boy Financier of Altnacraig
Barton Hepburn apparently had a lot on his mind as he rushed along 23rd Street in New York City that cold Friday afternoon in January 1922. He was on his way to the Fourth Street branch of the Chase National Bank — an institution he once headed. As he reached the intersection with Fifth Avenue, he did not stop and strode into the traffic. He was promptly hit by a Fifth Avenue bus.
Hepburn suffered a double fracture of his right leg. Doctors that Friday didn’t think the injuries were serious, but by Monday “they saw that the aged financier’s nervous system was not rallying from the shock,” The New York Times reported. Two days later,  Hepburn was dead. He was 75 years old.
A man many considered a genius at banking and at finance in general, Hepburn had risen from being a farm boy and small-town teacher to become the United States controller of the currency, heading the agency that charters and regulates all national banks. He was later president of Chase National Bank, one of the country’s largest financial institutions.
He and his wife Emily also built the legendary High Ridge mansion called Altnacraig.
Alonzo Barton Hepburn was born in 1846 on a farm in Colton, N.Y., one of the most northern and remote parts of New York State.
Alonzo, as he was called as a boy, had no interest in farming, much to the distress of his father. He had instead come under the influence of his three uncles, one of whom founded the famous Cleveland Plain Dealer newspaper.  The others were also “in occupations that seemed to Alonzo more interesting, if not more profitable, than farming,” The Times said.
He attended nearby St. Lawrence Academy, then a teacher training school and now SUNY at Potsdam. To continue his studies he borrowed $1,000 to take courses at Middlebury College in Vermont. He taught in local schoolhouses in winter and labored in the summer on farms to work his way through Middlebury, graduating in 1871.
Hepburn then became a professor of mathematics at St. Lawrence Academy, by then called Potsdam Normal School. He was soon named principal of the Ogdensburg Educational Institute, the high school in Ogdensburg.
Meanwhile, he was also studying law on the side. After he was admitted to the New York 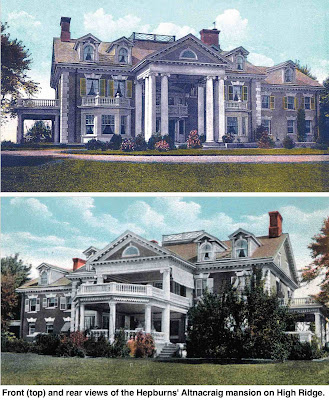 Bar. he opened a law office in Colton. There he had some clients who owned huge tracts of forest land in the northern Adirondacks. He saw an opportunity and began buying timberland — 30,000 acres at 50 cents an acre (equal to $10 an acre in 2019 dollars) — and soon left the law for lumber.

He was elected a state representative yearly from 1875 to 1879, and in 1880 was appointed superintendent of the State Banking Department, where he was a leader in efforts to reform the way New York State banks did business. As his interests turned more toward banks, he sold his lumber business for $200,000 (about $5,250,000 today) and devoted the rest of his life to banking.
He became a national bank examiner in New York City around 1890, gaining such a reputation as a conscientious reformer that, in 1892, President Benjamin Harrison appointed him the U.S. controller of the currency. A year later, he resigned to become president of the Third National Bank in New York City.  By 1899, he was president of Chase National Bank, a post he held until 1911 when he became chairman of the Board of Directors.
He was also a director of such companies as New York Life Insurance, Sears, Roebuck & Company, Studebaker Corporation, the Woolworth Company, and the Great Northern Railway Company.
Hepburn was a writer, producing both books and many magazine articles on banking and finance as well as money itself — he wrote History of Coinage and Currency in the United States: Perennial Contest for Sound Money (1903) and  A History of Currency in the United States (1915).
One of his more unusual books was published in 1913 by Harper & Brothers. The Story of An Outing is a light-hearted, 100-page account of a hunting safari that year to Africa with four friends. It contains many pictures of the hunters, the native people they met and the places they went, along with the usual  shots of dead animals.
Hepburn was also a philanthropist, particularly when it came to education. He left   bequests of some $3 million — about $45 million today — of which $2 million went to colleges and libraries, including Middlebury, Princeton, Columbia, Williams, NYU, and one school in the South: The historically black Tuskegee Institute. He also gave $500,000 to libraries in his native St. Lawrence County, N.Y. (the Hepburn Library in Norfolk and Hepburn Library in Colton are on the National Register of Historic Places), and $600,000 to the A. Barton Hepburn Hospital in Ogdensburg, N.Y., now the Claxton Hepburn Medical Center.
In 1873, Hepburn married Harriet A. Fisher of Vermont. She died in 1881, leaving him with two young sons. Around 1885, he met Emily Eaton, who was 19 years younger than he was.
“It seemed unbelievable that he should be interested in me,” Emily said 60 years later. But Hepburn immediately began wooing Emily in a rather unusual way: He founded a cribbage club, named her president, sent her a cribbage board, and scheduled meetings — at which he was the only other member present. He would write letters that would include messages like “Can’t we have a meeting of the Cribbage Club the first night after I get back?”
She was soon beating him at the game, but he had won the prize. They were engaged in 1886 and married a year later. She became, with her husband’s support, an active suffragist and after Barton’s death, a Manhattan activist  for women and business leader who built the landmark Beekman Tower hotel near the United Nations in New York City (her profile has been posted on Old Ridgefield).
While Barton was Chase president, the Hepburns decided they wanted a country retreat. 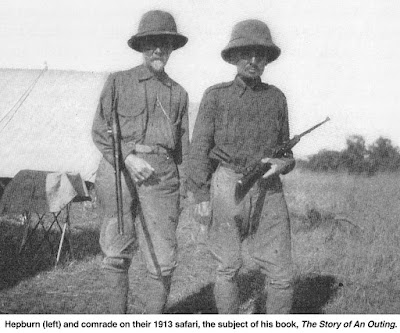 They opted for a lot on High Ridge in Ridgefield with a spectacular view to the west but from which one could also see Long Island Sound to the south.  The Ridgefield Press reported in May 1908 that “Mr. A.B. Hepburn, one of the most prominent financiers of the country, former comptroller of the currency and now president of the Chase National Bank of New York, is building one of the most handsome homes to be seen in this town of beautiful homes.”

The magnificent mansion was called Altnacraig, a Gaelic name that they translated, “high crag”  (Hepburn traced his ancestry to Scotland. However, Philip Palmer, operator of Allt-Na-Craig House, a B&B  in Scotland, reports the term means “water from the hill.”)  The building later became a well-known nursing home, also called Altnacraig. The mansion burned to the ground in a suspicious 1994 blaze, and was replaced with a house of similar size, but entirely different design.
The Hepburns counted many people in the arts among their friends, including artist Frederic Remington, novelist Irving Bacheller (both born in St. Lawrence County) and writer/humorist Mark Twain.
Bacheller introduced the Hepburns to Twain, who lived in Redding. When the Hepburns arrived at Twain’s house, called Stormfield, for their first visit,  they were greeted by the yapping of  Twain’s dog. Before even introductions took place,  Twain told them, “This is my dog; whatever he does is law in this house.”
Soon after, the dog got a hold of Barton Hepburn’s brand new hat and took off with it, prompting Twain to point to a motto hung over his mantlepiece: “Life is just one damned thing after another.”