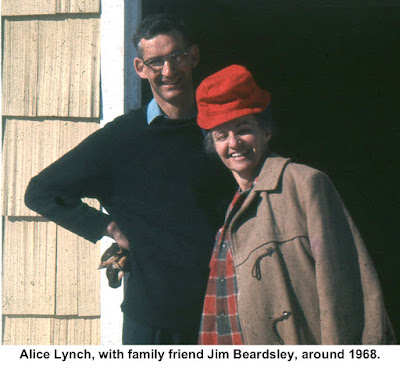 Alice Rockwell Lynch:
The Life of A White House Party
Alice Lynch was about as steeped in Ridgefield as one could be. Her ancestors founded the town, many of their descendants became its leaders through more than two centuries, and her father wrote the huge “History of Ridgefield.” Yet while she may have been “old Ridgefield,” Alice Lynch was no “old fogey.”
Texas Governor John Connally could have told you that. So could have Pat Nixon, the president’s wife.
Alice Patricia Rockwell Lynch was born here on April 24, 1918, a daughter of George L. and Ann Ryan Rockwell. Her father was a diplomat, a longtime Ridgefield postmaster, a town official,  and the author of “History of Ridgefield,”  the 583-page compilation of his many years of research into the town and its people, published in 1927.
Her mother was a sister of the father of Patricia Nixon, wife of President Richard M. Nixon.
Alice Rockwell grew up on East Ridge in the family homestead. There, Pat Ryan used to visit as a teenager.
“Pat got a job with the Sisters of Charity Veterans Hospital in New York and spent weekends and vacations here in Ridgefield for two or three years,” Mrs. Lynch recalled in a 1968 interview. Her cousin loved to walk, especially in the rain, and one of her favorite places was Great Swamp, Lynch said.
Decades later, when she was the First Lady, Pat Nixon invited Mrs. Lynch to the White House to attend a party featuring Johnny Cash, the country singer.
Lynch, whose typical attire was a flannel shirt and jeans, happened to mention to her garbage man that she had nothing to wear to such an elegant gathering.
The trash collector replied that his wife had just picked up a gold lamé dress at a tag sale.
The dress fit, Mrs. Lynch wore it to the White House, and she had no qualms about letting people, like Governor Connally, next to whom she sat, know that her gown was provided by her trash collector. Word reached a reporter, and a light-hearted story mentioning the first lady’s cousin’s wearing a dress from her garbage man hit the wire services, appearing in newspapers around the world.
But it wasn’t just the dress that the guests noticed. According to a Washington Post writer in April 1970, she gave Johnny Cash competition at the concert. “She was almost as much fun to watch as the entertainment,”  Post columnist Maxine Cheshire said
“Senator John L. McClellan of Arkansas was so amused at her excitement that he turned sideways in his seat so that he wouldn’t miss any of her antics. She applauded, cheered, conducted and jumped up out of her chair ecstatically every time Cash broke into one of her favorites,” Cheshire wrote. “Everyone assumed that she must be one of Cash’s relatives or in-laws. Instead she was Pat Nixon’s cousin, Alice Lynch, of Ridgefield, Conn.”
The columnist continued, “Reporters who followed her as she hoisted her long skirt and did a kind of sailor’s hornpipe through the state rooms were completely enchanted with her down-to-earth good spirits.”
“She works, she added cheerfully, as ‘a maid in a dog kennel,’” Cheshire said.
“We got clippings from Thailand, Japan and Australia,” recalled Dr. Alice P. Carolan, Mrs. Lynch’s daughter. “It never bothered her, things like that.”
Alice Lynch graduated from Ridgefield High School in 1935 and went to work as the executive secretary for the editor of Field and Stream magazine. “It was perfect for her, with her love of the outdoors and animals,” said Dr. Carolan.
She remained at Field and Stream until 1942 when she married Richard J. Lynch Jr., a fellow Ridgefielder, who was about to go off to the war. Mr. Lynch, who died in 1971, had later worked at Kellogg and Theiss, the auto dealership, and at Bedient’s Hardware.
Mrs. Lynch had a lifelong interest in antiques and had operated Alice Lynch Antiques for 40 years before retiring in 1988. She sold at shows throughout the Northeast, specializing in early American primitives, Shaker furniture, and decoys.
In Ridgefield, Mrs. Lynch was well known for her work on behalf of animals. She was one of the most active and vociferous proponents of a new and modern dog pound and spent countless hours 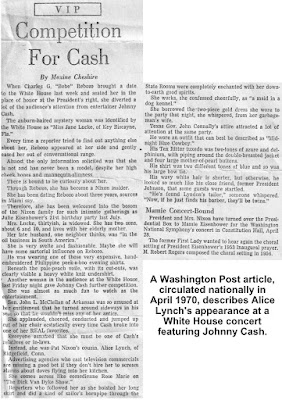 as a volunteer at the shelter, walking impounded dogs and taking care of the building — hence, “a maid in a dog kennel.”

She was also involved in many fundraisers to support the shelter.
Mrs. Lynch also worked for people in need, and for a long time was active in St. Mary’s Parish drives to collect clothing for the poor in Appalachia.
For many years she lived on St. Johns Road. Around 1983 she sold her home and moved to Bethlehem to be closer to family members.
She died in 2001 at the age of 82.
“She knew everyone in town and was very friendly,” said her daughter. “She was always volunteering to help others.”
That volunteering began at a very early age. One day in 1923,  oil millionaire and family friend Frank I. Beers lined up the five Rockwell children — including Alice — in their East Ridge home and asked, “Which one of you thinks enough of me to do me the favor of putting flowers on my mother’s grave on Memorial Day?”  A Ridgefield native who then lived in California and Pennsylvania, Beers made his fortune oil wildcatting.
The four sisters and one brother looked at him in silence until, a few moments later, five-year-old Alice  — whom Beers called “Electricity” because she was so lively and eager — said, “I do.”
Beers looked at Alice and said, “You’re a good girl, Electricity. I won’t forget you.”
Almost every year for the rest of her life, Electricity put flowers on Frank Beers’ mother’s grave in Ridgefield Cemetery. After Beers died in 1942, his grave was also decorated.
And, indeed, Beers did not forget Electricity. At his bequest in 1942, Alice Lynch received, for the rest of her life, half the annual income from a trust fund today worth more than a quarter million dollars.