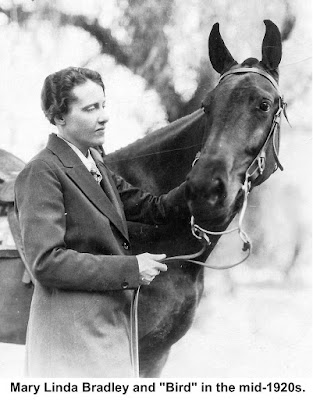 Whether it was with four legs or two wings, Mary Linda Bradley liked being out in the open air. The poet and writer loved horses, dogs and flying and became one of the earliest women pilots, owning her own plane.

A descendant of Col. Philip Burr Bradley, a Revolutionary War leader and prominent 18th Century Ridgefielder, Mary Linda Bradley was born in 1886 in Chicago. Her father was William Harrison Bradley, a United States diplomat who brought the family with him on assignments in Italy, England and Canada. His first wife, Mary, was killed in a train crash, and his second wife, Carolina “Carrie” Lawson, decided to name their daughter after William’s first wife.

“Don’t you think it was sporty of my mother to name me after her?” Mary Linda once told a friend.

Shortly after the turn of 20th Century, the Bradleys moved to Ridgefield, establishing an estate off Peaceable Hill Road called Felsenberg — possibly built on land that William’s great grandfather, Colonel Bradley, had once owned. When World War I broke out, both Mary Linda and her sister Marion became active in community efforts on the home front. Mary Linda founded the local chapter of the National League for Women’s Service, and was its first chairman. The league did projects to support the troops. Both sisters were athletic, organizing and playing on the Katoonah Basket Ball Club, a woman’s team that was captained by Mary Linda and coached by a young Francis D. Martin before the war. 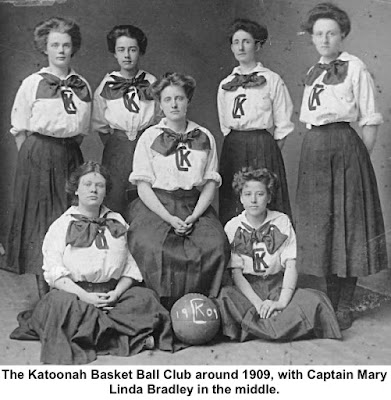 After the war, Bradley built her own house, called Ackworth Cottage, off West Mountain Road, and although she later lived part of the year in Arizona or California, she always considered this her home. (Ackworth was the Yorkshire home of  the Rev. Thomas Bradley   [1597-1673], chaplain to King Charles I, and an ancestor of the Bradleys of Connecticut.)

Educated at private schools in Europe and North America, Mary Linda Bradley began writing while in Ridgefield, especially poetry but also natural history essays. Two books of her poetry were published. One, Reconnaissances, produced in 1937 by William Harrison Press, included a two-act poetic play, “Delusion,” set on an ocean liner and in Manhattan.

Her natural history interests included birds, and she wrote a number of pieces for publications about her observations. One, which appeared in a California periodical in the early 1930s, told of a problem that one bird caused. 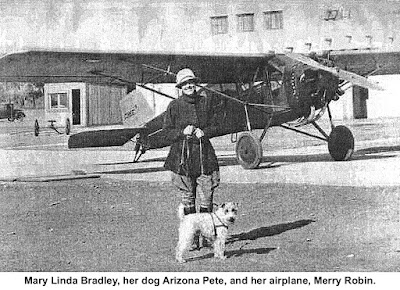 “The viborous innocent villain,” she wrote, “was the Red-Naped Sapsucker, who gouged the trunk of the old Acacia by my west window, from dawn to dusk. The sap must have been worth a bird singing commercial, because one hopeful hummingbird took up his orbit around the tree and when the Red Nape withdrew for a ‘breather,’ the hummer rushed to the cracks and holes and satisfied his thirst till Red Nape returned.

“Then, amusingly, the sparrows came to the feast and tried to hover like tiny jeweled helicopters! At this point, I began to be worried about the poor Acacia, which was trying to become a golden tent, but was losing too much sap! So, ruthlessly, we decided to bind its wounds with friction-tape. The free lunch was over!”

She also liked horses. She had a postcard made of a picture of herself in 1926 with a favorite horse named Bird, whom she described on the back as “almost as clever and sassy as she looks.”

Over the years Bradley penned many letters to The Ridgefield Press, few of them of the warm and fuzzy type. In 1960, when town officials were considering a petition to change the name of the road bordering her family’s old estate from Standpipe Road to Peaceable Hill Road, she expressed her opposition and exclaimed, “How titsy-pootsy can one get!”

She also self-published a 188-page autobiography, The Fifth Decade, produced in 1947 by the Arts & Crafts Press of San Diego, probably mostly for family and friends. It was illustrated with black-and-white photos, printed on photographic paper and tipped into the binding, with captions hand-inscribed by Bradley herself. (A copy appeared on eBay in 2004 for $100. The owner called it “a very personal account of a free-spirited, adventurous single woman meeting middle age head-one — and on her own terms. It is also a record of a fledgling female pilot in an era when most American women were confined to roles as housewives and mothers.”

In the book, she describes herself as “the first Ridgefield she-pilot and the third to be licensed in Arizona.” Around 1930, at her part-time residence in Arizona, she had bought an airplane, naming it “Merry Robin.” At first she hired another early female pilot to be her aerial chauffeur, but by 1932  she had earned her private pilot’s license and was flying the Western skies on her own. She traveled extensively, both in her plane and on land, often accompanied by her dog, Arizona Pete. 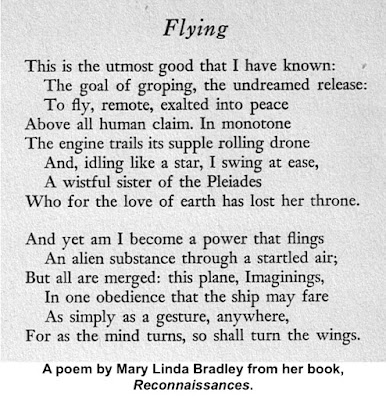 Mary Linda Bradley died at Ackworth Cottage in 1966 at the age of 79. She had been in poor health for many years and spent the last two years bed-ridden.

In late September six years earlier Linette Burton, a reporter for The Press, wrote Bradley, asking to do an interview for the newspaper. Bradley declined, saying “I am too full of wheezes to talk” and adding that “I feel my occupations in and enjoyment of life are of no specific interest to my fellow townsmen.” However, explaining that she admired Burton’s writing and was flattered by her offer, she said she would like to get together just to chat. “Please come to see me when the leaves are worth looking at,” she wrote.