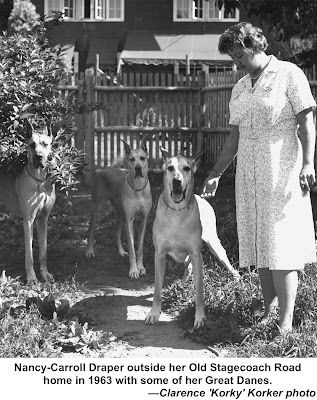 Nancy-Carroll Draper:
She Created A Museum

Nancy-Carroll Draper stood out, not just in her hardy, six-foot stance but especially in her wide-ranging accomplishments.

An heiress and a granddaughter of a Massachusetts governor,  Draper was an author, legislator, dog breeder and judge, a wildlife advocate, conservationist, cattle rancher, photographer, and philanthropist who founded the acclaimed Draper Museum of Natural History near Yellowstone National Park. 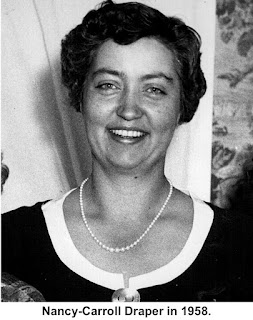 Although she was a member of a prominent Boston family and lived in Ridgefield from 1947 until 1988, she  had maintained  a cattle ranch for many years outside Cody, Wyo., a region that turned out to be her first love.

Nancy-Carroll Draper was born in Boston, Mass., on Aug. 28, 1922, daughter of Eben Sumner and Ruth Carroll Draper. Her father owned a textile mill and her grandfather, Eben Sumner Draper Sr., was governor of Massachusetts from 1909 to 1911. She attended private schools in New York City and Virginia, and studied at Goucher College in Baltimore.

At the outbreak of World War II, Draper was one of six people appointed by the admiral of the Sixth Naval District to serve in the Headquarters Motor Corps and soon became the youngest supervisor on the East Coast during the war.

In 1947,  Draper bought what had been the country home of Westbrook Pegler, the Pulitzer Prize-winning conservative columnist, and soon became active in local Republican politics, including serving for many years on the Republican Town Committee. 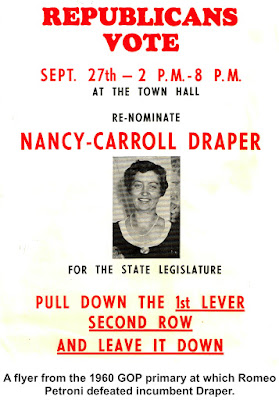 In 1952, she ran for state representative at a GOP caucus in which six people — four of them women — sought the job of representing Ridgefield in Hartford. Interest in the contest was so intense that among those who showed up to vote was former congresswoman and future ambassador Clare Boothe Luce of Great Hill Road. Draper won the party’s endorsement and the November election.

She served four terms as a state representative, losing her bid for a fifth term in 1960 to native son Romeo G. Petroni.

A breeder of Great Danes since 1945, she had maintained a kennel, Danelagh, at her home on Old Stagecoach Road for many years. Dog News magazine in 1964 named her one of the top 10 Great Dane breeders in the nation. She was a recognized national and international judge of the breed — awards today in Scotland still bear her name — and she served as the president of the Great Dane Club of America. She also wrote the book, The Great Dane – Dogdom’s Apollo, in 1981.

She traveled extensively in Europe, Africa, Australia, New Zealand, and Japan, and in 1984 published a book of her  photographs of African wildlife, titled On Safari – Dogs Are the Excuse.

Her love of the West and the Rockies began as a child when her family would visit the well-known Valley Ranch southwest of Cody. Around 1960 she purchased land  along the South Fork of the Shoshone River and created her Slide Mountain Ranch — her 1,900 square foot ranch house was much more modest than her 5,800-square-foot Ridgefield home. She’d spend part of the year in Ridgefield and part in Wyoming, where she raised and bred Highland and Charolais cattle. 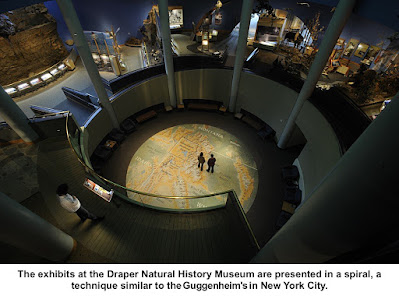 Draper began contributing to  Cody’s Buffalo Bill Historical Center in the 1980s. She was appointed to the advisory board of the center’s Whitney Gallery of Western Art in 1985. After she moved full-time to Wyoming in 1988, she began promoting the creation of a natural history museum at the historical center.  She gave some $13 million to what has been named the Draper Museum of Natural History.

“The Draper” – how Cody people refer to the  facility – was completed in 2002, the first museum of natural history to open in the 21st Century. 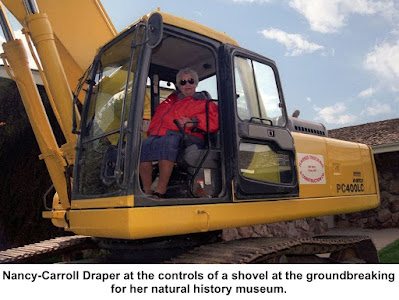 “The 55,000-square-foot museum looks a bit like the Guggenheim in Manhattan, only with more glass and more light,” said an account of the opening. “A great spiral of levels descends through the building as though the visitor were hiking home from alpine tundra to Douglas fir and lodgepole pine forests, to plains and meadows, all edging a 10,000-square-foot rotunda.  At each level a different ecosystem — its smells, sounds, textures and wildlife — is represented.”

At the “trail’s” end, there’s a tiled map of Wyoming and Yellowstone, with a great lighted ‘sky’ above that serves as a planetarium.

Before Covid, more than 170,000 people were visiting the museum each year.

Draper said she wanted a natural history museum “to commemorate and interpret the Yellowstone area. I call it the missing link.” 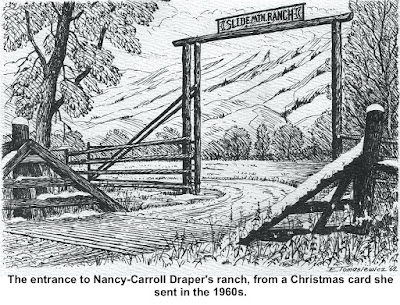 In 1994, she established the Nancy-Carroll Draper Charitable Foundation which today is worth more than $16 million and distributes some $1 million in annual grants to not only the museum, but also natural history and wildlife organizations, including  African Wildlife Foundation and the Nature Conservancy.

Nancy-Carroll Draper died in 2008 at the age of 85. Her gravestone in a Cody cemetery is a simple boulder, bearing her name and the dates of her birth and death. 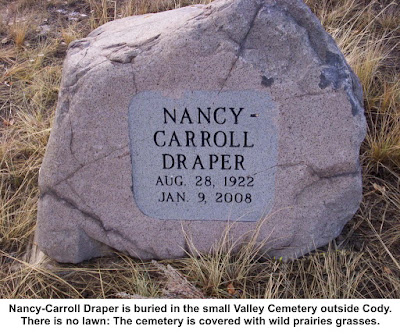 “It was one of my great privileges in life to know Nancy-Carroll when she first came to Wyoming,” said Alan K. Simpson, a former U.S. senator from Wyoming and the historical center’s chairman of the Board of Trustees — and a neighbor of Draper.

“Nancy-Carroll was big in stature, big in heart, big in generosity, and big in the lives of those of us who love the Buffalo Bill Historical Center,” Senator Simpson added. “I'll never forget the sight of her in that big yellow backhoe at the ground-breaking for the Draper Museum of Natural History. She hoisted herself into the cab, started digging, and has been digging for us ever since.”