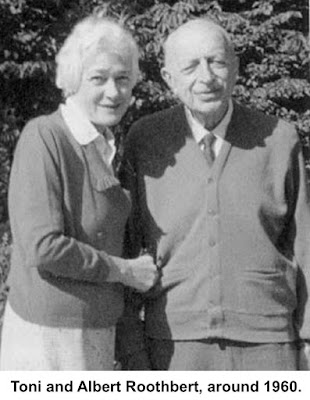 Albert and Toni Roothbert:
Art, Photos and Philanthropy
Among the most generous — and locally least-known — Ridgefielders of the 20th Century were Albert and Toni Roothbert, a modern art collector and a leading fashion photographer, who lived at Topstone Farm on Topstone Road for many years.
Together they aided many organizations and causes, and established a fund that has provided fellowships to more than 1,000 talented college students over a half century after their deaths. 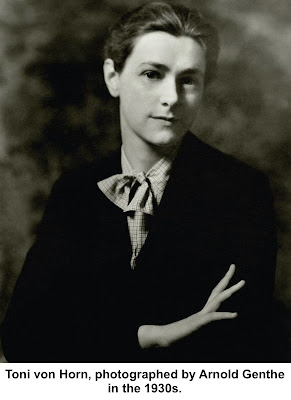 Born in Frankfurt, Germany, in 1874, Albert Roothbert came to the United States in 1902 and soon became a partner in a Wall Street investment firm. In 1925, at the age of 50, he retired and began studying and collecting modern and Oriental art. With the noted Mexican painter Miguel Covarrubias, he studied the art of Bali, and traveled from Paris to Peking in search of fine examples of modern European and Oriental art. (Some of the works he owned were later donated to major collections, such as at the Metropolitan Museum of Art.)
He also began looking for ways to improve society, an effort that eventually led him and his future wife to found the Roothbert Fund.
Baroness Antonie “Toni” von Horn was born to a prominent family in Germany in 1899. Around 1920, she opened a photography studio in Heidelberg. While in New York on an assignment, she met Frank Crowninshield, editor of Vanity Fair (and a founder and the first secretary of the Museum of Modern Art), After seeing her photos, Crowninshield recommended she pursue a career in New York. 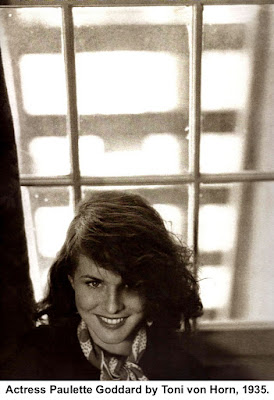 She followed his advice and soon became a leading fashion and advertising photographer in the 1920s and 30s, working for Vanity Fair, Vogue, and Harper’s Bazaar and at her own studio. She became one of the first woman photographers to gain a national and international reputation in the field, and did many celebrity portraits, including Greta Garbo, Eleanor Roosevelt, Ginger Rogers, Cole Porter, Clark Gable, Claudette Colbert, and Jean Harlow. Her photograph of Albert Einstein has been called the best ever made of him.
“She was one of the first women to operate in this field at the level of Edward Steichen, Adolf de Meyer and George Hoyningen-Heune, among others, and the only one to operate as an equal in direct competition with them,” said Charles van Horne, her great-nephew who serves as treasurer of The Roothbert Fund.
Unfortunately, she has not gotten much recognition as a pioneering woman in her field. Van Horne attributes that in part to the fact many people thought “Toni von Horn” was a man — she  sometimes actually signed her work Tony von Horn or just von Horn. What’s more, few originals of her work exist because “her plates and negatives lay in damp storage in an outbuilding at Topstone Farm and were discarded after she passed away, probably without a thought.” 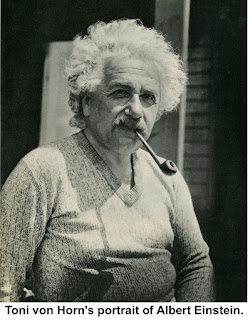 Albert and Toni met in New York City and married in 1937. She closed her studio “and never took another picture,” The New York Times reported years later.
In 1958, the Roothberts established the Roothbert Fund to aid “students motivated by spiritual values, who can satisfy high scholastic requirements and are considering teaching as a vocation.”
According to the fund, “The Roothberts shared a devotion to young people, whose idealism, they believed, was the best defense against a recurrence of the tragedies of the first half of the 20th Century.”
Recipients are called Roothbert Fellows; more than 1,000 young men and women have received the fellowships. They have included black students expelled from Southern University in 1960 for their pioneering lunch-counter integration in Baton Rouge;  the first graduates of Harlem Preparatory School;  and top-ranking Yale graduates. 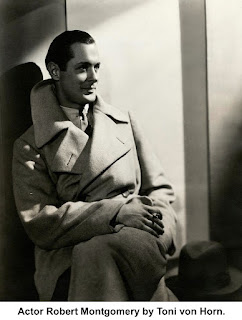 The fund also has awarded grants for special projects, including training in family counseling in a poor neighborhood of Manhattan; funding a van helping street people in the  South Bronx; support for a program for inmates at a Pennsylvania prison involving mental health, poetry, and leadership; establishing an interfaith institute for clergywomen in rural Massachusetts;  a project on peace-making in Jerusalem;  and creating a library for the college-bound program at Bedford Hills Correctional Facility for women in nearby Westchester County.
Toni was also interested in the mentally handicapped. She had bought a 216-acre farm in Copake, N.Y.,  planning to convert it to an organic operation. Instead she wound up turning the farm over to Camphill, a program for adults with special needs. She also helped to secure Albert Schweitzer’s assistance for Camphill.
Albert Roothbert died here in 1965 at the age of 90. In his will he left money to create a Ridgefield High School scholarship fund as well as a sizable grant to the Ridgefield Library. Toni died here in 1970 at 71. 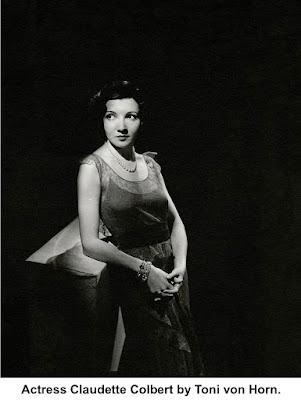 In later life at Topstone Farm, Toni Roothbert was an organic gardener and  conservationist, as well as a humanitarian. She was  interested in a variety of spiritual movements, including Buddhism and  Quakerism. She was inspired by and a friend of Albert Schweitzer, the multifaceted physician, philosopher,  and organist whose humanitarian work at Lambarene Mission in Africa she supported for years — she would annually supply Schweitzer with seeds for his vegetable garden.
When Schweitzer died in 1965, she wrote to one of  his friends in Switzerland: “Since my girlhood in war-torn Europe, I have been looking to Albert Schweitzer as a guiding light and in times of sorrow and stress, my thoughts and love turned always to him…
“Compassion drove the young philosopher-musician to the dark continent and here he administered medicine to the sick, but his greater gift has been to all mankind: The opening of the heart in love to all creation, the reverence for life to all creatures. He became an apostle of goodwill, the challenger to us all. He is the conscience of Man today. Though his strong heart has stopped beating, his light will shine and the world needs this light.”
And, she told The Ridgefield Press that week, “The ethic he stands for is certainly a precious challenge to human beings in today’s cruel and crucified world.”