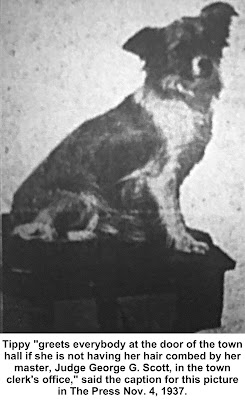 (NOTE: Dick Venus, who became Ridgefield’s first town historian, wrote 365 “Dick’s Dispatch” columns for the Ridgefield Press, telling about life in Ridgefield during the first half of the 20th Century. This column appeared Jan. 5, 1984. We plan to publish many of them on Old Ridgefield in the coming months — and, probably, years.)