Leo F. Carroll:
An Astonishing Leader
Few public servants stand larger in 20th Century Ridgefield than Leo F. Carroll,  who spent 56 years of his life in public service on five fronts including 34 years in the state police, four years as chairman of the State Liquor Commission, 10 years as first selectman, and six years as a school board member. 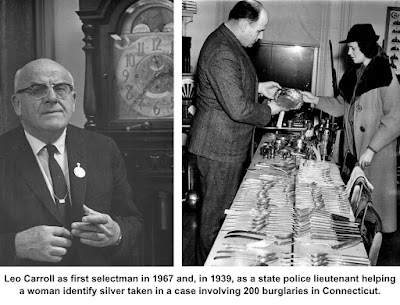