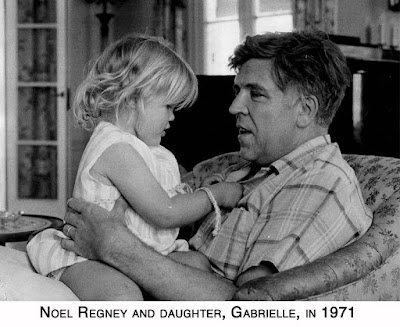 Noël Regney & Gloria Shayne:
What They Heard
When Noël Regney and his wife, Gloria Shayne, wrote the classic Christmas song, “Do You Hear What I Hear?” they had no idea it would be a hit — or even published.
“Columbia records was doing a cute Christmas song and they asked us to do something offhand for the other side of the record,” Ms. Shayne told The Ridgefield Press in 1969.
“This is my chance to write a Christmas song for myself,” Mr. Regney later recalled thinking at the time. “I had thought I’d never write a Christmas song: Christmas had become so commercial. But this was the time of the Cuban Missile Crisis. In the studio, the producer was listening to the radio to see if we had been obliterated.”
He was walking home to his apartment on East 52nd Street when he “saw two mothers with their babies in strollers. “The babies were looking at each other and smiling, and all of a sudden, my mood was extraordinary.” He got home, sat down, wrote the lyrics, and handed them to his wife, who wrote the tune.
“We couldn’t sing it through; it broke us up,” Gloria Shayne said.
The flip-side deal fell through, but Mercury records decided to produce the song, performed by Harry Simeone Choral, as a lead recording. A quarter of a million copies were released just after Thanksgiving 1962; they sold out within a week.
A year later, Bing Crosby did a version, and for many years and under various artists, “Do You Hear What I Hear?” sold more than one million copies annually.  Now ranked among the 25 top Christmas songs of all time, the composition has been recorded on more than 120 albums by not only Bing Crosby, but also such other stars as Perry Como and Mahalia Jackson. The Regneys also did two other Christmas songs, still sung today: “I Sing Noel” and “Three Wise Men, Three.”
The daughter of an attorney and a professor, Gloria Shayne was born, nee Shain, in Brookline, Mass., in 1923, a next-door neighbor of Joseph and Rose Kennedy and their children—including John F. Kennedy. She earned a bachelor’s degree in music from Boston University and headed for New York City where she worked as a pianist and was an arranger for the likes of Stephen Sondheim and Irving Berlin.
In 1951 she met Noël Regney while she was performing at a hotel in New York City and the two collaborated on a number of hits, including “Rain Rain Go Away,” sung by Bobby Vinton, “Sweet Little Darlin,” by Jo Stafford, and “Another Go Around,” by Perry Como and Doris Day. Ms. Shayne also wrote the hit song, “Goodbye Cruel World,” recorded by James Darren — it was his biggest Billboard Hot 100 hit.
The Regneys moved to High Ridge in 1969. After their divorce in the mid-1970s, she moved to Stamford, but Mr. Regney remained for many years in Ridgefield, where he was a frequent performer—often at benefits—and could also be found playing the piano at The Elms Inn. He also often made appearances in schools.
A charming man with a deep voice whose accent reflected his native land, Mr. Regney was born in France as Leon Schlienger. He eventually took that name and spelled it backward—subtracting the LHCS and changing I to Y—to create Noël Regney. During World War II, the German army drafted him—he had grown up in Alsace near the German border and could speak German. He soon deserted, and joined the French resistance, acting as a double agent for the French, and was once wounded when he led Nazi troops into an ambush.
After the war, he came to the United States as a working musician. After his collaborations with Ms. Shayne, Mr. Regney also wrote songs on his own, including several musicals. He also wrote the English lyrics for “Dominique,” the 1963-4 top hit by The Singing Nun.
In 1975, he wrote the five-part cantata, “I Believe in Life.” “Writing it,” he said in 1977, “was like coming back to my first love. I began to think this would be my musical testament, something lasting.”