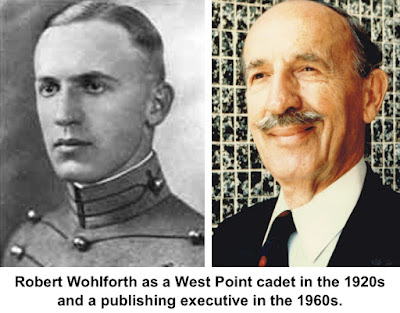 Robert Wohlforth:
Writer and Publisher
Robert Wohlforth was a journalist, novelist, government investigator, and publisher. And he was a successful survivor of attacks during the McCarthy era.
Born in 1904 in Lakewood, N.J., Robert M. Wohlforth attended Princeton University (where many of his papers now reside) and graduated from the United States Military Academy at West Point  in 1927. He served for a short time as an officer of the 18th Infantry, but was unhappy with the military and soon resigned.
In the late l920’s he worked for the New York Daily Telegraph as a reporter and theater critic, but also began to write articles critical of the military establishment. In one piece, which appeared in “The North American Review” in August 1934, he pointed out that the Army spent $2 million annually feeding mules and only $495,000 for armored vehicles.
In 1934 he also published “Tin Soldiers,” an unflattering novel about cadet life at West Point. A New York Times review of the novel observed: “Mr. Wohlforth says he resigned from the army in 1928 because he was unable to keep up with the ‘straight-alcohol-and-ginger-ale drinkers’ at Fort Slocum, Camp Dix and Fort Jay, but it is obvious from the internal evidence of his novel that liquor had little to do with his distaste for the martial life. An individualist, he must have hated the routine of West Point, even in his relatively free upper-class-years.”
Wohlforth also wrote a series of reminiscences for the New Yorker, called “My Nickelodeon Childhood,”  recounting his experiences as a boy helping his father operate one of the ﬁrst movie theaters on the New Jersey shore.
In 1934 he joined the staff of the U.S. Senate’s Nye Committee, which spent several years investigating the “merchants of death,” as the munitions industry was then called. This led to his appointment in 1936 as secretary of the La Follette Committee, which conducted a three-year investigation of labor spying, strike breaking, and other civil liberties violations that affected labor unions.
In 1939, President Roosevelt appointed Wohlforth to the Antitrust Division of the Department of Justice. When World War II broke out, he headed the War Division, which investigated an international web of economic connections among Nazi-run firms.
He continued to work for the Justice Department until 1952, when “he was forced out of government employment by the McCarthyite witch hunt of the period,” his obituary said. Wohlforth had worked in government with people who were later identified as communists or Soviet sympathizers.
In a 1953 piece, the caustic conservative columnist Westbrook Pegler, who had lived in 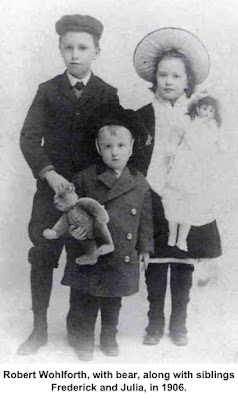 Ridgefield in the 1940s, linked Wohlforth to such people, but never claimed Wohlforth was a communist, or even disloyal. Pegler wrote of Wohlforth: “He said he had had a lot of ‘unfortunate associations,’ including professional relations on the Senate committees with Alger Hiss, John Abt and Charles Krivitsky, alias Kramer, named in sworn testimony by Elizabeth Bentley and others, as Soviet agents.”

However, Pegler continued, “Wohlforth lives at Ridgefield, Conn., formerly an ‘exclusive’ Christmas-card type of New England village which, of recent years, in common with Wilton and other scattered Connecticut communities, has become heavily infested with open and covert Reds.”
Among the Wohlforth “associations” Pegler attacked was former Vice President Henry Wallace. “He was a personal friend of the Henry Wallaces, who have a farm at South Salem where Bubblehead [Pegler’s name for Wallace] has been trying to breed a Rhode Island red to a French fried potato, but Wohlforth insists that he dropped Wallace, even socially, before he got going as the nominee of the Communists in 1948. However, they both are Episcopalians and sometimes meet in church.”
Wohlforth soon began a new career in publishing with Farrar, Straus and Giroux. He was hired by Roger Straus, a founder of the company and  became treasurer of  the publishing house, retiring in the mid-l980’s.
A 67-year resident, Wohlforth was active in the community, and often penned light-hearted pieces for The Press, calling himself “Ridgefield’s Oldest Living Continuous Vertical Commuter.”
He helped write the town’s ﬁrst zoning ordinance and served on the Zoning Commission  for many years.
He and his wife, Mildred, who lived in an 18th Century house on Rockwell Road, were inﬂuential in the effort to create a historic district on Main Street. He served as chairman of the Ridgefield Library board and was a director of the Nature Conservancy.
When he was working for the government, Wohlforth also helped a number of Ridgefield families of Italian ancestry in obtaining citizenship for their relatives.
In 1977 when the town celebrated the 200th anniversary of the Battle of Ridgefield with an re-enactment, he played the part of General Benedict Arnold, one of the battle’s heroes, riding a white horse in colonial uniform.
He died in 1997 at the age of 97. Mildred, a journalist and a novelist (also profiled in Who Was Who in Ridgefield), died in 1994. They had been married for 64 years at her death.