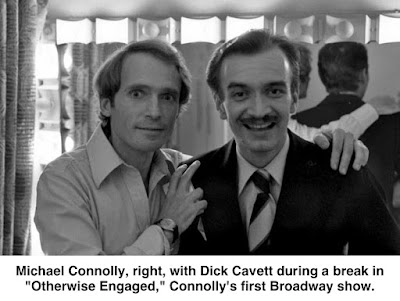 Michael Connolly:
A Songful But Short Life
Michael Connolly had finally “attained every actor-singer’s dream — his name in lights,” said his father shortly after Connolly died of a stroke in Los Angeles.
It was 1989 and the longtime Ridgefielder, only 41, had just completed a successful, 14-month, national tour in Cole Porter’s musical, “Can-Can,” with Chita Rivera and Ron Holgate.
James Michael Connolly was born in Massachusetts in 1947, came to Ridgefield as a boy and began acting and singing as a pupil at Veterans Park School.
In 1965 he won the first $500 scholarship offered by the newly formed Ridgefield Workshop for the Performing Arts (now the Ridgefield Theater Barn). One of the judges in the scholarship competition was actor Cyril Ritchard, the Ridgefielder famed for his Captain Hook portrayal in “Peter Pan.” Ritchard was so impressed with Connolly’s talent that he personally sent him another $500. He said the 16-year-old singer had a lot of talent and should be encouraged.
During his high school and college years, Connolly performed in many local productions. He graduated from Fordham University with a degree in English and while a student there, founded and directed the first choral club at Fordham Preparatory School.
Although he was certified to teach (and did do substitute teaching in the Ridgefield schools), his career was on the stage and he went on to perform in more than 15 Gilbert and Sullivan operettas with the Light Opera of Manhattan, in summer stock, and in many touring productions. 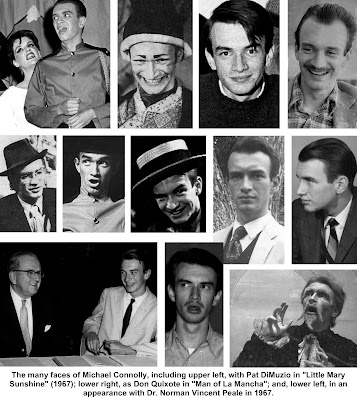 He appeared in several Broadway shows; his first was “Otherwise Engaged,” with Dick Cavett, in which he was assigned a dressing room at the Plymouth Theater that was once occupied by John Barrymore.
“It was humbling to me,” he said, “more like a shrine than a dressing room.”
His other Broadway shows included “Annie” and “Amadeus,” and he toured the country in the national company of “On the Twentieth Century” with Rock Hudson and former Ridgefielder Imogene Coca.
Another summer he toured in “Sherlock Holmes,” sharing the lead with Leonard Nimoy.
He also appeared in the television soap operas, “All My Children,” and “One Life to Live.”
Throughout his career, he continued to perform locally, and was especially remembered for singing the National Anthem at post-parade ceremonies on many Memorial Days in Ridgefield.
However, he told his family, he saved his best performances “for the ladies of the kitchen” at Italian-American Club functions he often attended.
“Whenever he dedicated two or three songs to them,” his father James Connolly said, “the staff would emerge, wiping their hands on their white aprons, to be serenaded by ‘Mattinata,’ ‘Torna a Sorrento,’ or ‘Santa Lucia.’ ”