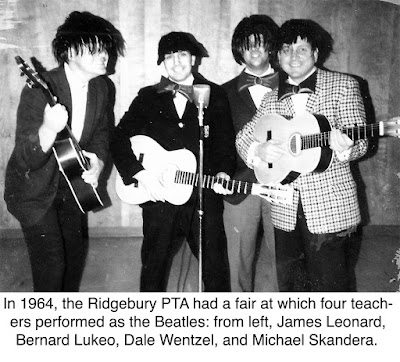 Michael Skandera:
A Record Educator
Dr. Michael Skandera may hold the record for longevity as a Ridgefield educator —  45 continuous years. Other staff members have had longer careers, but probably none spent as many years on the job only in Ridgefield.
Dr. Skandera was proud of that. “Well over 3,000 pupils have passed through my portals during my career, and I’m thankful for the rich experience they afforded me,” he told The Ridgefield Press in 1992 when he retired.
A Danbury native born in 1924, Dr. Skandera graduated from Danbury Teachers College (WestConn) and, during World War II, was a bomber pilot who flew 50 missions over Europe.
He came to Ridgefield in 1947, teaching at the East Ridge School, which then housed 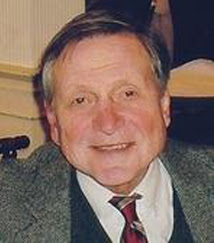 elementary, middle and high school years. For a long time he was the only male elementary school teacher in town.

The starting salary then, considered high in the region, was $2,400, he recalled. “In surrounding towns, most teachers made around $2,000,” he said. ($2,400 in 1947 was about equal to $25,000 in today’s dollars.)
When Veterans Park opened in 1955 to handle elementary grades, Skandera remained at East Ridge with the fourth through sixth grades and was “teacher in charge.” When Ridgebury School opened in 1962, he went there, specializing in sixth grade science.
Long the only elementary teacher with a doctorate in education and one of the first to be named a “master teacher” here, Dr. Skandera did stints as principal of Veterans Park School and of Ridgebury, but each time returned to the classroom because, he said, he liked teaching kids better than being an administrator.
Dr. Skandera’s interest in nature showed itself at Ridgebury where he helped set up the nature trails at that school and used them fall, winter and spring to teach science to pupils and to give teacher workshops.
If teaching in Ridgefield wasn’t enough, Dr. Skandera also spent many years as superintendent of the Sunday school at St. Paul’s Lutheran Church in Danbury.
As a retiree living in Danbury, Dr. Skandera was active in mushrooming, and in his favorite sport, golf, in which he may hold another record, regionally: He had five holes-in-one in his lifetime.