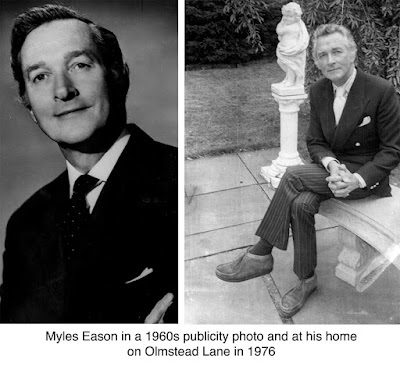 Myles Eason:
Actor with 10 Green Thumbs
Myles Eason was seen by millions on stage, screen and television, but he was also seen by many at and around the Ballard Park Greenhouse where he not only lectured, but also worked.
“Being Australian and English, he has 10 green thumbs,” Edith Meffley of the Ridgefield Garden Club once said.
Oh, yes, Eason was also the first male member of that venerable garden club.
Myles Eason was born in Australian in 1915 and studied acting at the Royal Academy of Dramatic Arts in London. During World War II, he served in the British army, rising to the rank of  major in the Royal Artillery. His posts included being an aide to the commander of the British Seventh Armored Division, the so-called “Desert Rats,” and serving on the staff of Field Marshal Bernard Montgomery.
After the war, he joined the Royal Shakespeare Company at Stratford-on-Avon and was twice named Actor of the Year by the London Sunday Times.
He later appeared in London’s West End with Margaret Rutherford in a Noel Coward musical and was in several Globe Theatre revues.
In this country, his film credits included “Spider’s Web,” the Agatha Christie mystery with Margaret Lockwood, “Saraband” with Stewart Granger, and “Portrait of A Sinner.” His Broadway debut was in 1958 in “The Visit,” with Alfred Lunt and Lynn Fontaine, and
he appeared on stage in plays with such stars as Claudette Colbert, Joseph Cotton, and Agnes Moorehead.
He portrayed Henry Higgins in the New York City Center Light Opera Company production of “My Fair Lady,” and then in London with the National Company.
More locally, in 1967, he was Oberon in “A Midsummer Night’s Dream” at the Shakespeare Festival in Stratford in a staging produced by fellow Ridgefielder Cyril Ritchard.
On television, he appeared regularly in two soap operas, As the World Turns and The Guiding Light.
An avid gardener, Eason had elaborate gardens at his homes. “He had an uncanny knack for 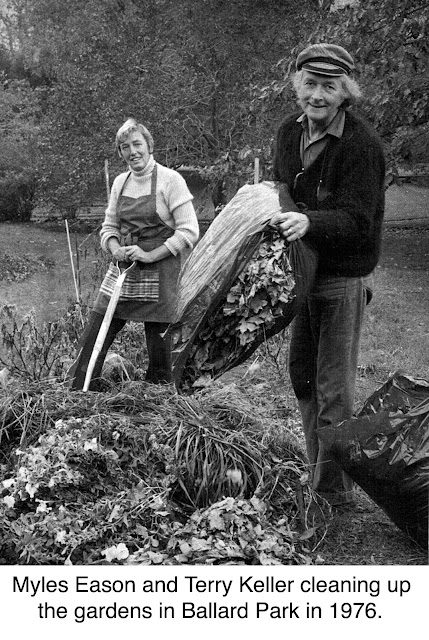 growing things,” said Terry Keller, director of the Ballard Greenhouse in the 1970s, where Eason often volunteered. “His pride and joy were leeks and endives, and the flowers in his garden were sensational.”

She added that “he was so much fun — he told outrageous jokes.”
Eason was married to Kay Young, a British actress he first met in London in the 1940s when she was at the Chelsea Arts Ball dressed as Egyptian Queen Nefertiti.
“Who is that girl” Eason asked his hosts, Laurence Olivier and Vivien Leigh as he was seated in their box watching a performance. “I’m going to marry her some day.”
Many years later and soon after her second husband, actor Douglass Montgomery had died of cancer, Young was invited to dinner at Australian-born actor Cyril Ritchard’s home on Danbury Road. Among the guests was Eason. Six months later, Kay and Myles were married. They lived first on Golf Lane and then on Olmstead Lane (in a house later owned by actor-singer David Cassidy of The Partridge Family fame). She, too, belonged to the garden club.
Eason died of a heart attack in 1977 while vacationing in the Cayman Islands. He was 61 years old.