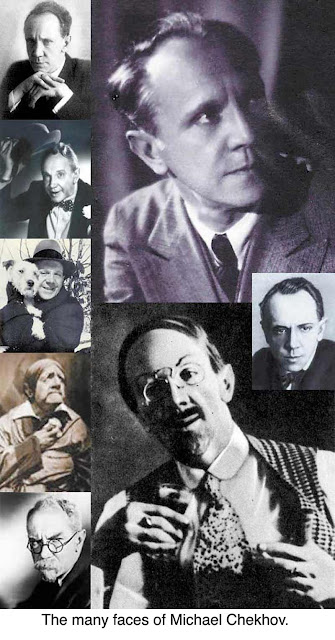 Michael Chekhov:
An Actor’s Actor
Ridgefield has had its place in theatrical history. Since 2009, the town has had an annual Chekhov Festival, featuring professional performances of plays both new and old. But the Chekhov honored is not the Russian playwright.
Mikhail “Michael” Alexandrovich Chekhov, nephew of Anton Chekhov, was born in Russia in 1891 and by the age of 21 was already a noted actor in his homeland. By 1923, he was a director at the Moscow Art Theatre, but his innovative methods eventually led the Communists to label him “alien and reactionary” and a “sick artist.” So Michael Chekhov emigrated to Germany and then England, establishing a well-respected method of training actors. In 1939, as war was breaking out, he moved his Chekhov Theatre Studio from England to the old Ridgefield School for Boys at the north end of Lake Mamanasco on North Salem Road.
A brochure published in 1940 described the studio as “both a school for the theatre and the theatre itself.” Students learned acting techniques and also staged public performances, often including their teacher.
While here, Mr. Chekhov made his first appearance in an English-speaking role on the public stage—a Russian War Relief benefit program in the old high school auditorium on East Ridge, where he performed in each of the three short plays presented.
The studio had its first major production in the fall of 1939, staging Anton Chekhov’s “The Possessed,” at the Lyceum Theater on Broadway. “It has a genius of theatricalism,” wrote Brooks 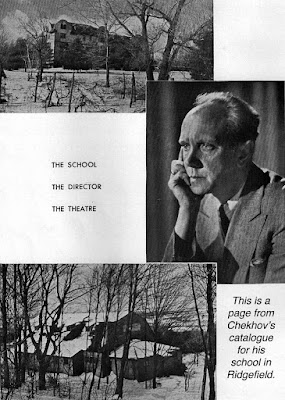 Atkinson in The New York Times. Burns Mantle of The New York Daily News said, “Michael Chekhov, working from Moscow Art Theatre standards, has created a series of amazingly picturesque scenes and groupings and taught his players a great deal about acting and concentration in character portraiture….They have evidently given much study to body control and facial expression, and there is not a mumbler among them—which could profitably be noted by many Broadway players and their directors.”

Students at the Chekhov Theatre Studio were offered a wide range of courses that included speech formation, eurhythmy (expressive movement), stage design and lighting, makeup, improvisations, and even fencing.
By 1945 Mr. Chekhov had decided to move to Hollywood, where he not only taught and but also acted in films— his portrayal of the psychoanalyst in Alfred Hitchcock’s Spellbound won him an Academy Award nomination.
Among his students were Marilyn Monroe, Jack Palance, Anthony Quinn, Yul Brynner, Gregory Peck, and Akim Tamiroff.
He died in 1955, but his school lives on as the acclaimed Chekhov Theatre Ensemble in New York City.


The site of Chekhov’s school later became the farm of Francis D. Martin. A portion of the main building is now a house while much of the rest of the school property is now occupied by modern homes. However, the stage on which Michael Chekhov made his American debut is still alive and well—the home of the Ridgefield Playhouse. —from “Ridgefield Chronicles”