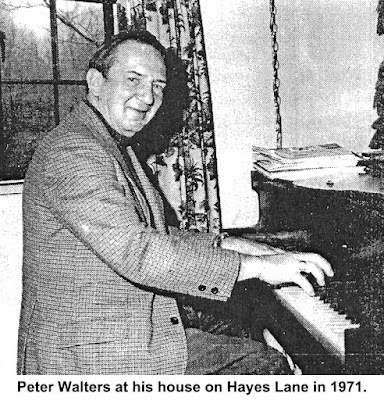 The Personable Pianist
For a quarter of the 20th Century, almost anyone in Ridgefield who loved music knew Peter Walters. Once called “the personable pianist” by The Bridgeport Post, Walters loved playing in his hometown after a career that took him to venues around the country — including an appearance with the Boston Pops and a couple of runs with Broadway hits.
Born in 1913 in Tonawanda, N.Y.,  Peter Louis Walters learned the piano from his father, a piano teacher.
“I took my very first lesson when I was three,” he said in a 1971 Press interview with Linette Burton. “I practiced five or 10 minutes a day and while my father gave piano lessons, I’d crawl under the piano so I could hear.”
When he was five, Walters made his first public appearance — at a Tonawanda woman’s club meeting. “I sat on a box and used extended pedals so I could reach them. Occasionally I’d fall off.”
He studied classical piano at the New England Conservatory of Music in Boston, finishing the four-year course in three. After graduation he entered a performance competition, sponsored by Mason and Hamlin, the piano-maker; the winner got a $2,000 grand piano and a chance to perform with the Boston Pops under Arthur Fiedler. He won, and did a concert with the Pops.
While he wanted to become a classical pianist, Walters had to turn to hotels, restaurants and nightclubs for employment. In the 1930s, “classical music was at the bottom,” he said. “There just weren’t any jobs.”
His first real employment — at $19 a week — was playing at a restaurant in Boston. But he was soon hired to perform with the Johnny Long and Leighton Noble Orchestras at the Statler Hotel in Boston. It was there that he met his wife, Barbara Beaumont, a singer with Long’s orchestra. 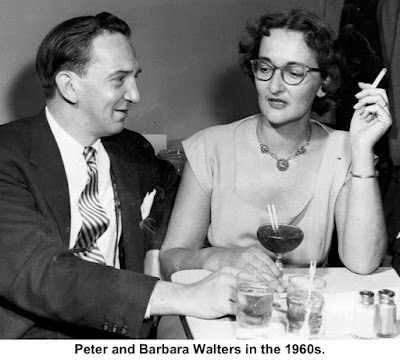 He was working a stint at the Beachcomber in Boston in the early 1940s when he had “an altercation with the owner. It was during the war and artists were doing a lot of benefits. But the owner wanted me to do benefits for his friends, not servicemen, between my first and second shows. I refused and was fired on the spot.”
Fortunately, a friend told him about a new Broadway musical in rehearsals that needed a pianist. He signed on with “Mexican Hayride,” moved to New York and never returned to Boston. (“Mexican Hayride” starred June Havoc, later a longtime resident of Wilton who created the popular Cannon Crossing boutique shopping area at Cannondale Station.)
After a year and a half with that show, he joined the national tour of the Cole Porter musical, “Let’s Face It.” But he and his wife soon tired of weeks on the road in “crummy boarding houses” and he took at job at The Music Box in Greenwich Village, which “needed someone to accompany opera singers who dropped into the place. I’d learn the arias they were singing that season and play for them. We had more free entertainment than you could shake a stick at.” Among the stars he accompanied were Lawrence Tibbett, Eleanor Steber, Eugene Connelly, and Winifred Heidt.
He played at many other Manhattan venues such as the Little Club and the Monte Carlo, as well as top  hotels. “I was the busiest pianist in New York,” he said.
While playing at the Hotel Madison in 1948, he was heard by Victor Gilbert, who had recently created the Stonehenge Inn in Ridgefield. Gilbert hired him to play for two weekends. “I stayed for 12 years,” Walters said. 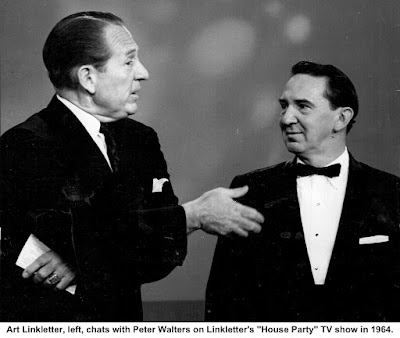 At Stonehenge he would play “soft background music, show tunes and light classics,” he said.  “No rock and roll. The customers don’t want it.”
He and Barbara moved to Ridgefield in 1950, buying a house next to a pond at the end of Hayes Lane.
After Stonehenge, Walters spent 12 years with The Inn at Ridgefield (now Bernard’s). He also performed for the Outpost and Fox Hill Inns in Ridgefield, and the Westnor in Westport.
He recorded two albums for Decca Records: “Portraits in Ivory” in 1956 and “Peter Walters’ Velvet Touch” in 1965. He also appeared on Art Linkletter’s “House Party” television show in March 1964, along with his brother, Bob, also a pianist; Walter played a classical work on the show and Bob, jazz.
In 1986, the Walters moved to Florida where Peter died two years later at the age of 74.


“Playing a piano is a crazy way to make a living, but it’s better than working,” Walters said in 1971. “You are with people who are out to enjoy themselves.  It never gets boring.”