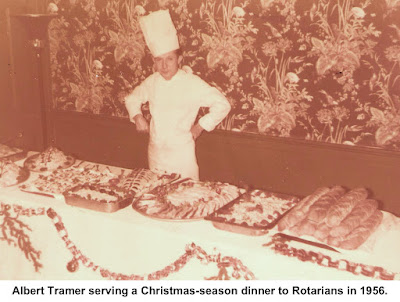 Albert Tramer:
The Last Outpost
From the 1920s until 1962, one of the most popular — and most beautiful — places to dine or spend a weekend in southwestern Connecticut was the Outpost Inn on Danbury Road. Guests seeking an escape in the country included Marilyn Monroe and her then husband, playwright Arthur Miller; Walt Disney and his family; and Broadway star Ethel Merman.
First Lady Eleanor Roosevelt drove herself over to have lunch there one day.
The Outpost Inn began life in 1928 when Col. Louis D. Conley, who owned nearly 2,000 acres of northeastern Ridgefield and nearby Danbury as part of his Outpost Nurseries, decided to create a 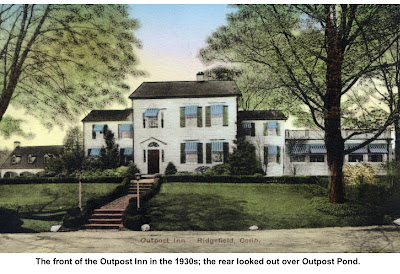 country inn on a piece of his property along Danbury Road just north of the village.

The main inn building was a house built in 1816 by Albin Jennings, a popular Ridgefield carpenter in the early 19th Century. Jennings had waited four years to gain permission from the parents of Polly Dauchy to marry his sweetheart, and once the parents acquiesced, he built this house 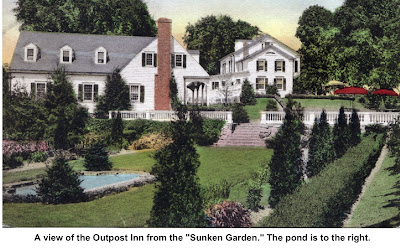 for his new bride. It had a number of features that demonstrated his skill as a fine builder, including a spiral staircase near the front entrance.

Over the years, the inn had had several managers or owners. The last owner was Albert Tramer, a Swiss-born and -trained chef who had held positions in some of New York City’s top restaurants, and his wife, Gloria, who helped run the inn.
Born in 1905, Albert D. Tramer came to the United States in 1924. By the late 1930s, he 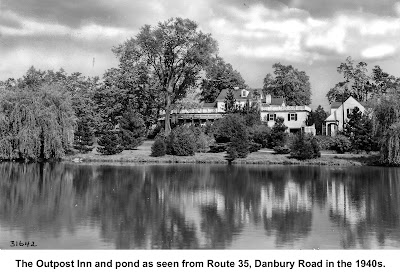 owned and operated La Petite Swiss, The Swiss Chalet, and the Tramer Restaurant in the city, taking time out during World War II to serve as a Navy chief petty officer in the South Pacific.

In 1953, the Tramers bought what was then called the Hearthstone Outpost Inn. They lived on the inn grounds with their three daughters; he commuted between Outpost and his New York restaurants for a couple of years before deciding to devote his full time to the Ridgefield operation.
Outpost attracted not only celebrities, but local organizations, such as Rotary and the Jaycees, 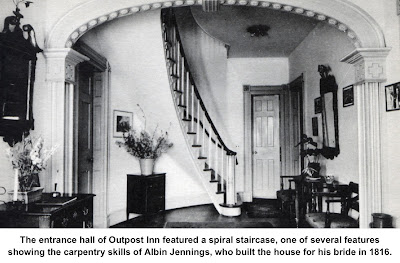 who would meet there — Rotary was so pleased with the accommodations the Tramers provided that the club gave them a silver bowl in appreciation. Major magazines used its elegant setting and gardens for photo shoots. And townspeople enjoyed not only the food, but Outpost Pond. 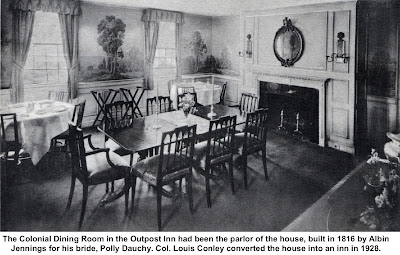 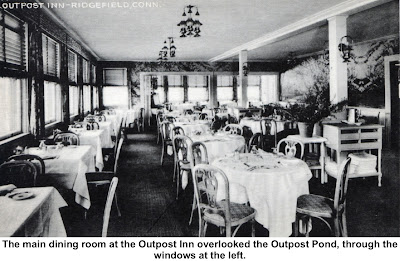 and brother of Nobel economist Lloyd Shapley. Carl operated The Shapley School, a prep school, which soon got into financial troubles and closed in 1967.

Soon after, David Paul — who was building Casagmo at the time — bought the property at a 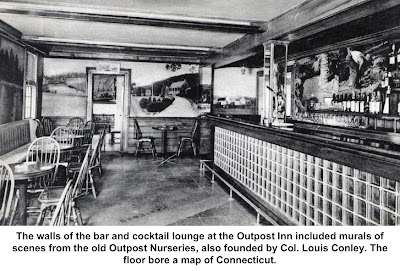 public auction, and developed Fox Hill, the town’s first condominiums. Plans were to turn the main inn building into a community center, but the building caught fire in 1968 and was eventually razed.

Tramer worked for a while as director of the restaurant at The Westport Inn. He retired and moved to Florida in 1973 where he died in 1994 at the age of 88. Gloria Tramer died 10 years later. 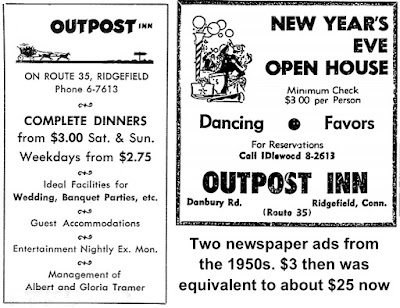