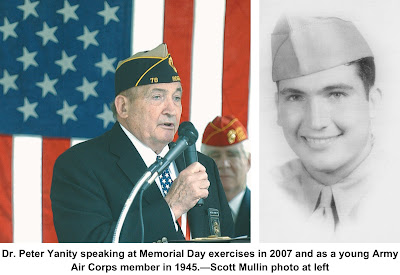 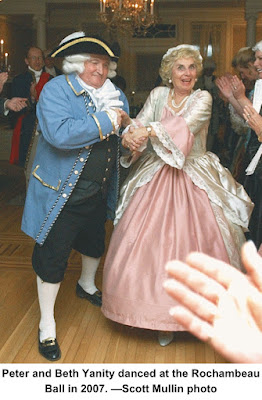 scholarships to Ohio colleges. I think he was quite proud of the fact that there were kids who maybe never thought about going to college and were able to go to college on full scholarship.”

Yanity was also an accomplished golfer and a founding member of the Salem Golf Club in North Salem, N.Y.
He retired from his dental practice in 2005 and from service in town government a year later, but continued to be active in the Chamber of Commerce, the Boys and Girls Club (he was a member of its board for more than 40 years), and the Lions Club.
He died in 2008 at the age of 81.
If there was one activity Yanity may have loved as much as sports, it was dancing.
Longtime friend Maureen Kiernan, former town treasurer, said some of her fondest memories of Peter Yanity were of watching him dance with Beth.
“They were such a great couple,” she said. “I loved to see them dance. Oh, Lord, did they love to dance together — never got off the dance floor,” she said.


“He was just such a dear man,” she added. “He was such a gentleman in everything he did.”