Alan Meltzer:
A Generous Man of Music
Alan Meltzer, who died on Halloween 2011 at the age of 67, left a rather unusual will: He bequeathed $1 million to his chauffeur, and another half million to the doorman at the Manhattan building in which he lived.
Meltzer, who had a home on Old Branchville Road in the 1980s and 1990s, was a wealthy music entrepreneur whom The New York Post described as “the colorful former head of the New 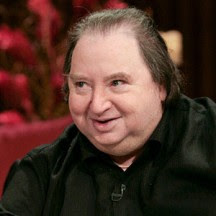 Wind-Up, which has produced recordings for Creed, Evanescence, Seether, and many other artists, is one of the largest independently owned record labels in the world; the company says it’s been responsible for establishing many multi-platinum and diamond artists. (Creed’s three CDs had by 2003 sold 30 million copies.)
But when he and his wife, Diana, moved to Ridgefield, Alan Meltzer was involved in the retail side of music instead of production. He’d owned Titus Oaks Records, a small music chain in Long Island and, after moving here, opened Rainbow Records at 88 Danbury Road.
In 1985 he founded CD One Stop, a wholesaler of pre-recorded music. The business, which operated out his house here, was called the first of its kind to distribute only compact discs. Later merged into CDNow, it eventually became part of Amazon.com.
Meltzer was also a serious poker player, and frequently appeared on televised poker programs.
Tragedy struck in 1991. The Meltzers’ only child, Michael, a 20-year-old honors student at Syracuse University and a 1989 Ridgefield High School graduate, was killed in an auto accident on Danbury Road. In Michael’s memory, the couple established a scholarship for music and art students graduating from RHS that has given away tens of thousands of dollars in the years since.
Not long afterward, the Meltzers moved to Manhattan and acquired a small record label, Grass, soon turning it into Wind-Up Records. He ran the business while Diana sought out the musicians — Newsweek called her “the chief talent scout, the woman with the golden ears.”
Eventually, the two divorced. Meanwhile, Alan struck up friendships with his doorman and chauffeur —  The Post called them “two faithful workers who gave him a shoulder to cry on.”
Both were surprised at the bequests.
“I appreciate it,” the doorman said in a 2012 Post story reprinted around the world. “He was a generous guy. He was a really good friend of mine, and I was a good friend of his. It’s a surprise. Peace and rest to him.”
“I don’t know what to do exactly with the money, but one thing I know for sure, every year I’m going to bring the guy some flowers at his grave,” said the chauffeur, the father of five.
That grave is in Ridgefield: Alan is buried next to his son Michael in Ridgebury Cemetery.