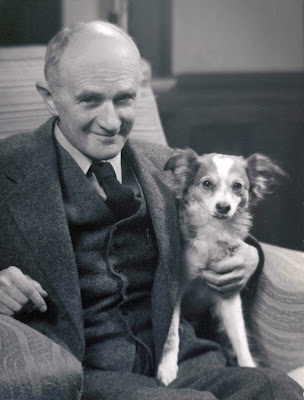 Charles Recht:
Voice of the Soviet Union
For 12 years following World War I, the United States had no formal diplomatic relations with the Soviet Union. During that time Ridgefielder Charles Recht was in effect the Russian ambassador, the Russian embassy, the Russian consul and perhaps even the Russian Chamber of Commerce in this country.
Recht, who had a home here for 15 years, was an American attorney who represented Soviet interests in the U.S. from 1921 to 1933. He was the only officially recognized contact between the two countries.
“His arguments in financial disputes for Soviet citizens against American interests were a prelude to the establishment of formal diplomatic contacts,” said The New York Times. “In his long career, the gentle, urbane lawyer also represented a variety of anarchists, radicals and persons accused of being Soviet agents.”
Recht was also a novelist, poet and translator of plays including the first English version of August Strindberg’s “Miss Julie.”
A native of Bohemia, now part of the Czech Republic, he was born in 1887 and came to this country when he was 13 with his widowed mother and siblings. The family settled in Manhattan and he worked at various jobs to support the family, including employment as a librarian before he was 20. He became a citizen in 1909.
He worked his way through New York University Law School and became an attorney, but he was also associated with many of the literati of his era, including H. L. Mencken (a client), Eugene O’Neill, Sherwood Anderson, and poet Edgar Lee Masters, the attorney who wrote the “Spoon River Anthology.”
In 1915, he married Aristine Munn, a physician who belonged to a wealthy Rochester family. She died in 1952.
Recht opposed the U.S. entry into World War I. He became an attorney for the Civil Liberties Bureau, which advised many conscientious objectors, and he served alongside such notables as Clarence 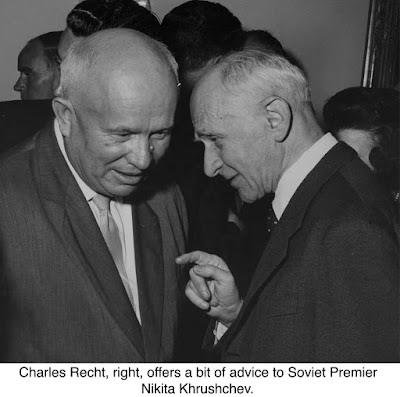 Darrow and Norman Thomas, the six-time presidential candidate (who also had a home in Ridgefield).
After the war he represented many foreign-born anarchists and radicals who were being deported by the U.S. Government in the wake of widespread labor unrest. One was Ludwig Martens, a Marxist and an engineer. At the Soviet Union’s behest in 1919, Martens set up the Russian Soviet Government Bureau, an informal embassy in New York, that conducted a considerable amount of commercial business. The federal government declared the operation illegal, and in 1921 deported Martens, who was defended by Recht.
Impressed with Recht’s work, the Soviet Union hired him as their representative in the United States.
During the 1920s he oversaw many trade negotiations between American companies and the Soviet Union, even exchanges of motion pictures.  He made 22 trips to Russia during the period, and often carried back dispatches from Lenin to leading American intellectuals.
In 1933, Recht turned over his duties to the new Soviet Embassy in Washington, D.C., but he continued to represent various Soviet citizens and institutions throughout his career.
Despite his close association with the homeland of communism, Recht maintained that he was never a communist. When questioned about it, he said communism was fine for a country like Russia, but “not the United States.”
Over the years, he also handled many smaller cases, including tenants fighting landlords and teachers who were fired for their views. He also fought for more liberal immigration policies.
He published several books including two novels, “Rue With A Difference” in 1924 and “Babylon on Hudson” in 1932, and a collection of his poems, “Manhattan Made.”
Recht had a house on a hill off Florida Road from 1950 until his death in 1965 at the age of 78. According to The Ridgefield Press, he and his wife, Lillian, “did not participate much in the civic affairs” of Ridgefield, but “they had a wide circle of friends here.”