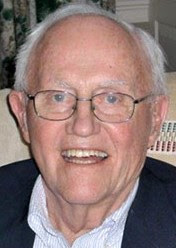 has scaled virtually unattainable heights as a result of 30 years of extraordinary effort expended by Dr. Safford.”

Dr. Safford went on to become the sole runner-up for Family Doctor of the Year for the whole nation.
A native of Ohio who was born in 1923, he graduated from Dartmouth and Long Island College of Medicine. He came to Ridgefield in 1951 after service in the Navy, and practiced  for 42 years.
The national academy praised his work in training doctors through Norwalk Hospital, noting in 1985 that he was the only family physician in the state to be a director of continuing medical education at a major teaching hospital. He’d also been a member of the Board of  Editors of Patient Care magazine.
First appointed a medical examiner in 1961, he served in that capacity more than 40 years.
Locally, he was better known as the family doctor. As the late John Tower expressed it in 1987 when Dr. Safford was named Rotary Citizen of the Year, “Ted’s career has always been marked by the caring and compassion with which he served those of us who depended on him. No matter how busy or tired or otherwise engaged he was, his patients came first.”
Dr. Safford has worked closely with the Visiting Nurse Association in improving and expanding its services. He is, said Mr. Tower, “a man of stature in his own community with a reach far beyond the borders of our town.”
After retiring Dr. Safford and his wife, Jean, moved to Massachusetts to be closer to family. He died there in 2015 at the age of 91