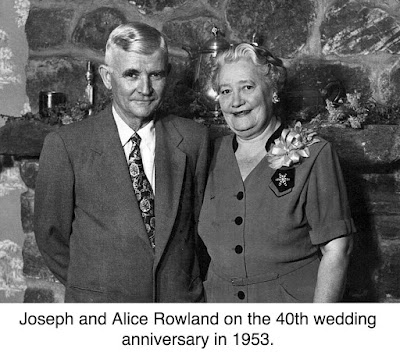 Alice V. Rowland:
Leader on Many Fronts
In an era when women in politics were uncommon, Alice V. Rowland stood out as a leader on many fronts.
In 1931, she was the second woman elected a state representative from Ridgefield. Twelve years later, she became the first woman state senator from Ridgefield, was elected to three more terms, and, according to The Press, “wielded considerable influence in the Capitol … As a legislator she promoted the development of Sherwood Island State Park, larger state aid grants for schools, and the construction of state-owned technical schools.”
Around 1950, Mrs. Rowland also became Connecticut’s first woman deputy sheriff, a job she held four years.
A native of New York City, Alice V. MacSherry was born in 1894. While still a child, both her parents died within a few months of each other, and she was taken in by an aunt who lived in Easton.
In 1910, when she was only 16, she began teaching school in Easton, and education became a lifelong interest.
She came to Ridgefield with her carpenter husband, Joseph, in the 1920s, immediately became immersed in the civic, political and social life of the community, and remained a major figure in many organizations over more than 40 years.
She was active in the PTA (there was only one for all the schools), the Grange, the League of Women Voters, Republican Women’s Club, Red Cross, 4-H, American Legion Auxiliary, and many World War II home-front efforts.
She was also active at St. Mary’s where she was a member of the Rosary Society for 40 years, many as its president, and was active in the National Council of Catholic Women.
In 1943, Gov. Raymond E. Baldwin appointed her to a six-year term on the state Board of Education. She was also a vice president of the Connecticut PTA.
She served a term on the Republican State Central Committee and, in 1954, party leaders asked her to run for secretary of the state; after eight ballots at the convention, she lost to another woman whom party leaders decided had a better chance of winning.
Mrs. Rowland retired from politics in 1964 and eventually moved to Florida where she died in 1971 at the age of 75.
Rowland Lane, off East Ridge, was named for her and her husband.