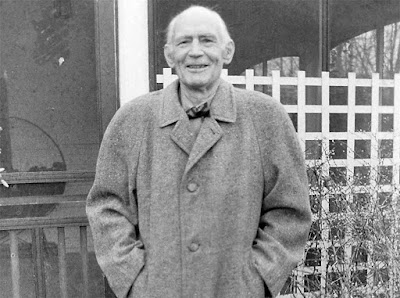 Huntington Gilchrist:
A UN Founder
Huntington Gilchrist was a man of many interests who had a unique career in international relations. A journalist, corporate executive, diplomat, soldier, educator, and political scientist, he was the only person from any country to serve as a senior member of the international staff in the establishment and operation of both the League of Nations and the United Nations.
Born in Boston in 1891, Mr. Gilchrist graduated from Williams, Harvard and Columbia, taught two years at universities in China, was an Army captain in France in World War I, and had a distinguished career with American Cyanamid Company from 1928 to 1955.
From 1919 to 1928, he was the only American on the senior staff working to establish the League of Nations, and he then worked with the United Nations off and on from 1944 to 1957, helping draft the UN charter in 1945.
In 1950, he went to Brussels as U.S. minister in charge of the Marshall Plan in Belgium, Luxembourg and the Belgian Congo.  He represented the UN in Pakistan in the mid-1950s and helped found the International School in Geneva.
He was a longtime trustee of the Brookings Institution, and wrote and lectured on foreign affairs and education.
In 1960, 20 years after moving to Ridgebury, he was chairman of the 200th anniversary celebration of the founding of the Ridgebury Congregational Church.
He died in 1975 at the age of 83.