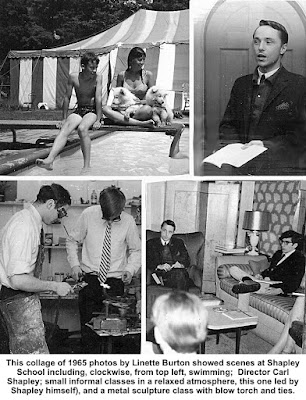 The Shapleys of the School
Of the many private schools that operated in Ridgefield during the 20th Century, none was quite like the Shapley School. It was a place where wealthy families sent gifted but sometimes undirected children to a estate-like environment that featured tiny classes, sophisticated courses and nightly dinners by candlelight.
Founded by Carl and Virginia Shapley, the sixth-through-12th grade school operated from 1962 until 1967 on the 26-acre grounds of the old Outpost Inn  — now Fox Hill condominiums.
However, its small size and large overhead doomed the operation. And the news that  undercover police found students using drugs did not help efforts to rescue the school.
Carl Betz Shapley was born in 1927 in Cambridge, Mass., a son of the famous Harvard astronomer, Harlow Shapley (who became a member of Shapley School’s board of directors). Carl’s 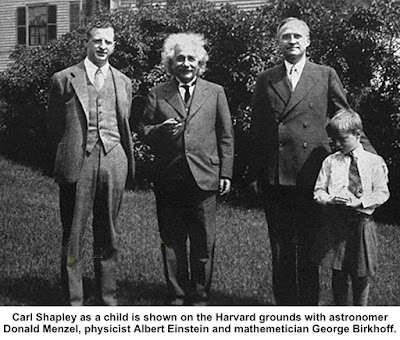 Shapley grew up in the intellectual atmosphere of Cambridge where his family’s friends included the likes of Albert Einstein.
He attended private schools in Cambridge and in Litchfield, Conn., and studied at Harvard and at Principia, a Christian Science college near St. Louis. Considered a gifted musician, he studied in Paris and Vienna before the war for a career as a conductor. However, he wound up after the war working with the National Gallery of Art on identifying and cataloguing rescued works of art that had been stolen by the Nazis.
After more studies in Europe, including at the Louvre, he turned to teaching, and was an instructor at private schools in Connecticut before establishing The Shapley School with help of wife, Virginia Thayer Shapley, who had been a big-band singer in the 1940s. Mrs. Shapley’s grandmother was one of the founders of Sweet Briar College in Virginia and her mother was the very first student there.
The Shapleys began operating a school in 1962 in New Canaan, where their administrative 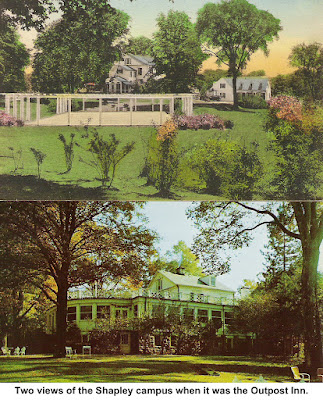 offices were. In 1963 they leased and soon purchased the recently closed Outpost Inn on Danbury Road in Ridgefield to establish their campus.

It was no ordinary private school. Shapley featured:
“A 12-year-old can think real thoughts and the point is to create an atmosphere in which he 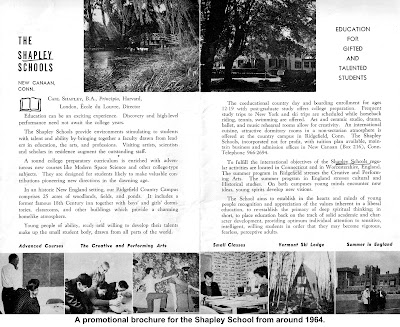 will produce,” Shapley said in a 1965 interview with the Ridgefield Press.

He told the Danbury News-Times: “The talent is here in America, but it is wasted and neglected in the mass majority system of education.”
Shapley felt that teaching the Bible along with the many academic and arts-related courses would help establish a “nonsectarian self-discovery of those qualities and principles of respect and love underlying a constructive and dynamic environment.”
A  promotional brochure included among school’s many objectives:
With a total enrollment that never exceeded 52 students spread over six grades, Shapley School had to charge a relatively high $3,000-a-year tuition — equivalent to about $27,000 today. By 1966, the school was struggling to pay not only its staff of 15 people, but its mortgage.
The school also had to deal with a serious public relations blow. On Dec. 5, 1966, while Carl Shapley was conducting a Bible class, 15 policemen descended on the campus in a drug raid, and wound up arresting two 17-year-old juniors for possessing marijuana and alleged amphetamines. The raid, which made headlines in many newspapers, was the result of an undercover investigation in which at least one especially youthful-looking police officer was posing as a student.
Rumors of the school’s possible closing worried students. “There is nowhere else I can go after this,” one student told a reporter. “This was my last chance to...to...I guess, make it.”
Desperate efforts were underway in the spring of 1967 to save the school — Shapley promised it would open in September. But despite an April fundraising art show and sale that featured works by Picasso, Utrillo and Chagall, the school continued to fall behind in its mortgage payments. A court approved a foreclosure sale at which the high bidder was David Paul, who went on to build Fox Hill condos. Paul, who was building Casagmo at the time, offered $146,500 ($1,093,000 today), far less than the $200,000 ($1.5 million) Shapley said the property was worth.
After the Ridgefield campus closed, the Shapley Schools International maintained a school in Florence for eight years.
The Shapleys then taught and traveled extensively, including in the United Kingdom, India, Greece, and Russia. Carl Shapley promoted the New World Educational Foundation, which he helped found, and was also a fellow of Royal Society of Arts in England.
In 2005, Virginia Shapley moved to Ridgefield where, in her 80s, she became involved in the community.
“Even at 85, she was amazingly energetic, taking an active role in her new ‘hometown’ — from participating in peace walks to being an administrative assistant for life-enhancing techniques presentations to members of Founders Hall,” said her daughter, Judith Watkins of Hamilton, Mont.
“She and Carl have had an exciting, exotic life since Ridgefield days and it was a bit ironic 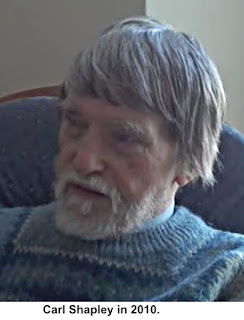 for her to move back there and even to tour the condo development on the grounds of the old school, pointing out to me the preserved features from ‘the old days.’”

Virginia Shapley died in 2007.
Carl Shapley continued his travels and humanitarian activities. He was a “peace ambassador” in the Universal Peace Federation, based in England, which said at his death, “He has been a longtime supporter of UPF and preceding organisations with the uncanny ability of turning up in the UK at the right  times to support our major activities.”
Late in life he considered himself an ontologist, one who studies the “branch of metaphysics concerned with the nature and relations of being.”
In 2012 he died at age 84 in Chisinau, Moldova, part of the former Soviet Union, where he is buried.
When the infamous drug raid occurred in 1966, most Shapley students were saddened at the harm it did to their school’s reputation. Several suggested that marijuana use was “more prevalent at the more placid-seeming Ridgefield High School,” one New York City newspaper reported.
A 17-year-old — who had earlier attended the National Cathedral School with President Lyndon Johnson’s daughter, Luci — observed: “Shapley is a trip in itself. You don’t need drugs.”

I went there and was present at the NY Post interview quoted. One of the things not mentioned in the article was that Carl Shapley took all the money he had left and fled overseas, leaving the parents to administer the school so that the last class of seniors could graduate. One notable graduate was Cory Tippen, who went on to become one of Andy Warhol's make up people. It is he that is featured in the Rolling Stones album Sticky Fingers, (the one with the zipper on the cover!). Here is a quick 8mm movie clip from the time. https://www.youtube.com/watch?v=TMhAsT-QcIg